You are here: Home > Things to Do > White Park Bay 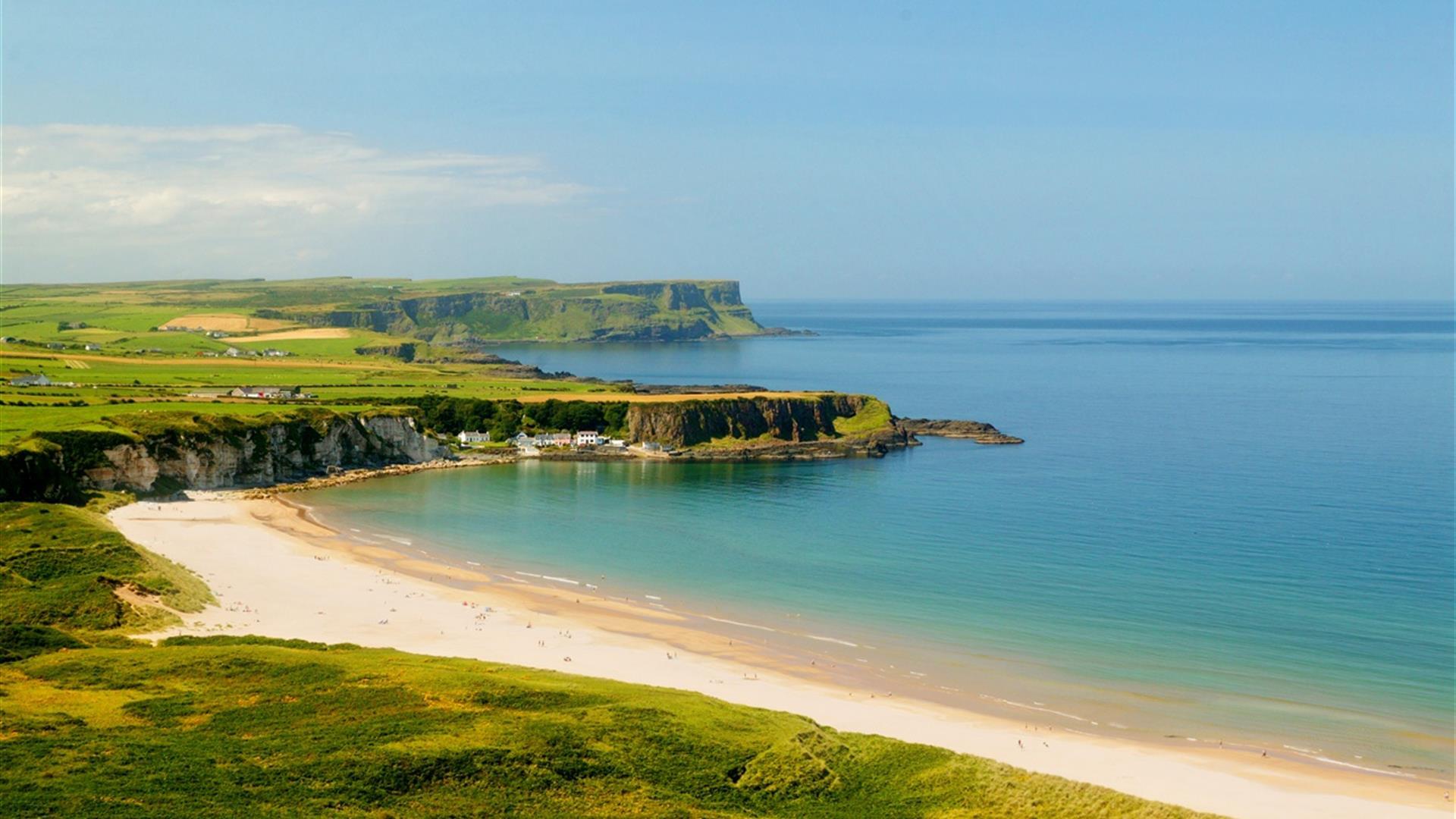 This spectacular sandy beach forms a white arc between two headlands on the North Antrim Coast. Its secluded location means that even on a busy day there is plenty of room for quiet relaxation. White Park Bay has been in the care of the National Trust since 1938 and it remains one of the most natural coastline sites in N Ireland. The beach is backed by ancient dunes and species rich chalk grasslands, which are carpeted in rare plants, including many orchids. The site is also fossil rich with archaeological evidence everywhere.

Route:
Exit the car park and be careful not to trespass into the youth hostel grounds. From the view point above White Park Bay, descend a number of steep stone steps and then follow a twisting rough laneway until arriving at an old derelict white washed building – the old White Park Bay Youth Hostel. At this point cast an eye for the remains of an old ‘hedge school’. This 18th Century ‘school for young gentlemen’, included on its roll call - a certain Lord Castlereagh for his early education years. What a location for a school! From here continue along the laneway until you hear the Atlantic breakers, and then you know you are nearing the beach. Once on the beach, turn right and walk for just under a mile to the eastern end of the bay. Don’t be surprised if you encounter the odd sheep or cow, as the site is grazed under a nature conservation management agreement. The grazing of farm animals helps the resident rabbit population maintain a short grass sward, rich in wild flowers. Out to sea check for diving gannets and sandwich terns, and also along the foreshore be aware of the ringed plover – a small wader bird that nests at White Park Bay. On reaching the eastern end of the bay, the return leg to the start point is a case of ‘retracing your steps’ – same route. But for the more adventurous walkers, another trail does go beyond the chalk headland leading to Ballintoy Harbour and a quaint tea room and toilets – this is another 1 mile. Walkers have to be careful of high tides along this extra section.