You are here: Home > What's On > The Old Church Centre, Cushendun hosts Culture and Heritage Month 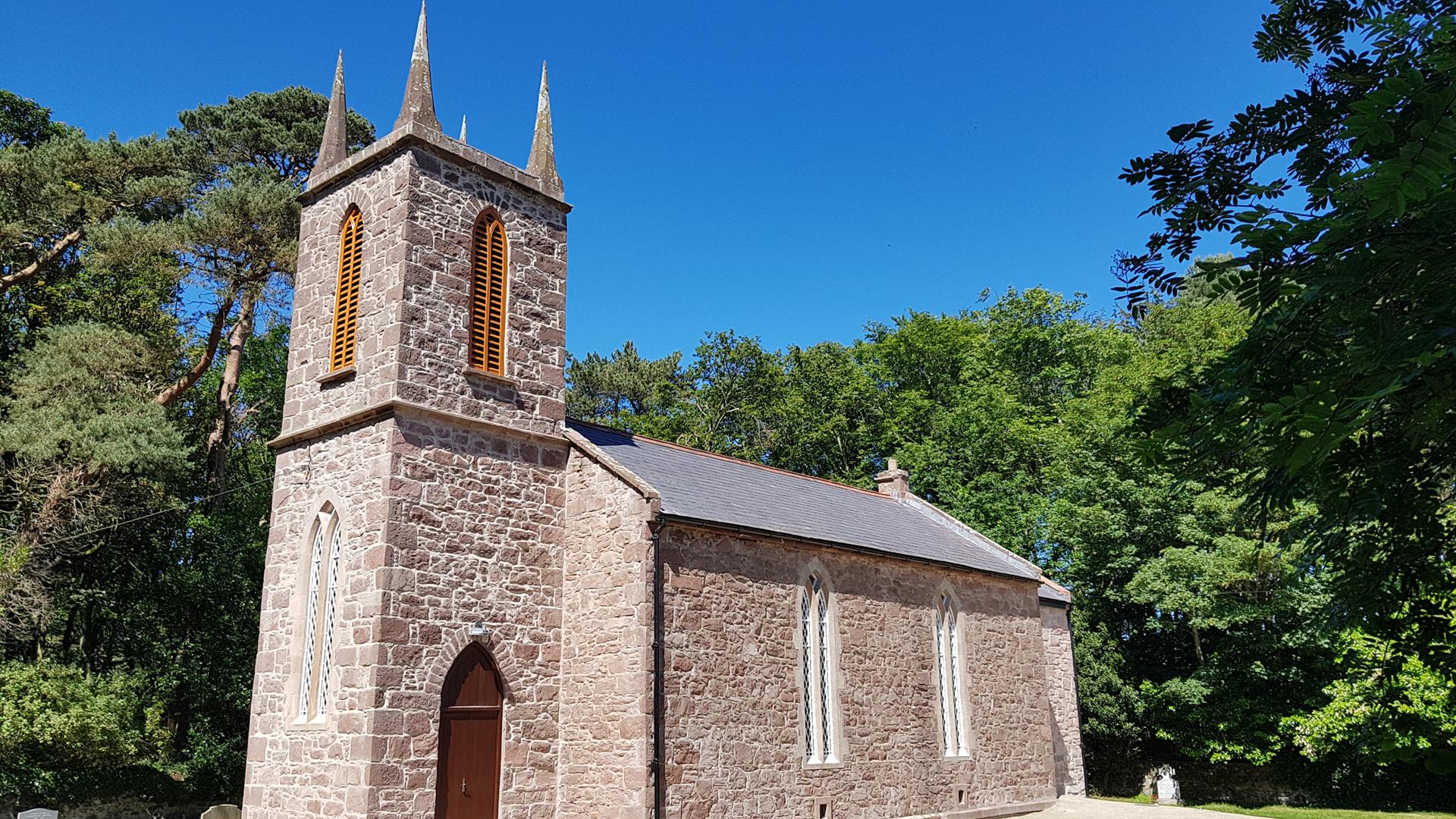 Highlights of Culture and Heritage Month 2022 include two award-winning films: An Buachaill Geal Gháireach/The Laughing Boy, and IFTA-winning 'An Cailín Ciúin.' Historian Éamon Phoenix returns to the Old Church Centre, this time to deliver a lecture on the 1922 centenary.

On Saturday 3 September, storyteller Janice Witherspoon will run a workshop for primary school children which will have a distinctly nautical theme. This will be followed by the announcement of the winners of the short story competition and a display of the entries.

The afternoon will be buzzing with fun as the Cushendun District Development Association (CDDA) hosts a family fun day in the village to celebrate the local community.

Sunday brings the maritime heritage of the area to the fore with a guided boat trip from Ballycastle to Cushendun Bay with Denis O'Hara, author of 'Ship to Shore - Glens of Antrim Mariners'. Later that afternoon, there will be a two-part local history talk, one from the RNLI and the other from the Glens of Antrim Historical Society.

European Heritage Weekend runs from 11-12 September and this will see the return of the popular annual Book Sale, in Glenmona House, and running from 11am – 4pm on Saturday and Sunday. The Old Church will be open all weekend to visitors, with guided tours reflecting on the history, heritage, and renovation of the building.

On Saturday 17 September, the first day of the Culture Weekend, they will be joined by writer Bernie Magill for a day of poetry and prose. Bernie will lead a creative writing workshop on Saturday morning and, in the afternoon, read from a selection of her own work.

On Sunday 18 September, there will be a Baby Disco for the younger cultured audience. In the afternoon they will be hosting a taster dance class for adults and there will be more information on the website www.theoldchurchcentre.com

24-25 September will mark the 1922 centenary. That afternoon, courtesy of Imagine Media, they will show the marvellous documentary film The Laughing Boy, which has already picked up a Full Focus Best Irish Film award at Docs Ireland.

On Sunday 25 September, they are delighted to extend a very warm welcome to Dr Éamon Phoenix, on his return to the Old Church, this time to stimulate the audience with some wide-ranging reflections on 1922 and its ramifications, including its impact on life in the Glens.

On Sunday, Cushendun Community Cinema will show 'An Cailín Ciúin', the beautiful screen adaptation of Claire Keegan's short story, 'Foster.' It is the first ever Irish-language film to have won Best Film prize at the 2022 IFTAs and has been selected as Ireland's entry for Best International feature Film at next year's Academy awards.

Sorry, this event has passed