You are here: Things to Do > Dunluce Castle Medieval Irish Castle on the Antrim Coast 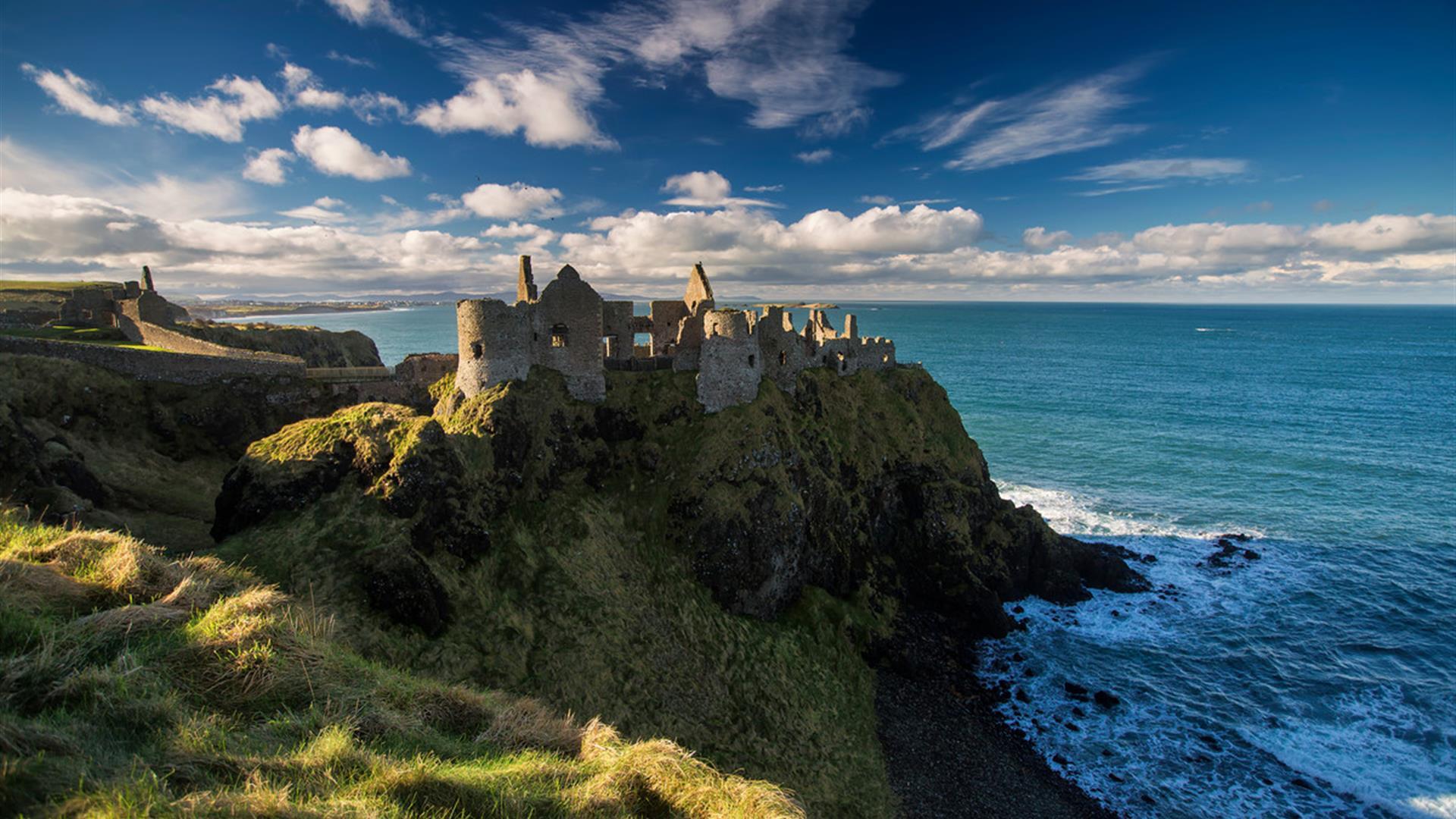 Dunluce is one of the most picturesque and romantic of Irish Castles. With evidence of settlement from the first millennium, the present castle ruins date mainly from the 16th and 17th centuries. It was inhabited by both the feuding McQuillan and MacDonnell clans. Historical and archaeological exhibits are on display for public viewing.

Opening Hours: Please check before visiting as public access may be restricted.

Nearby Magheracross Viewing Point and picnic area is an excellent spot to stop and take in the stunning, coastal scenery, often missed when travelling by car along the coast road.

A Dunluce Castle app for iPhone and android devices is available free of charge from the App Store and Google Play.

The iconic ruin of Dunluce Castle bears witness to a long and tumultuous history. First built on the dramatic coastal cliffs of north County Antrim by the MacQuillan family around 1500, the earliest written record of the castle was in 1513.

It was seized by the ambitious MacDonnell clan in the 1550s, who set about stamping their mark on the castle under the leadership of the famous warrior chieftain Sorely Boy MacDonnell during an era of violence, intrigue and rebellion. In the 17th century Dunluce was the seat of the earls of Antrim and saw the establishment of a small town in 1608. Visitors can explore the findings of archaeological digs within the cobbled streets and stone merchants’ houses of the long-abandoned Dunluce Town.

The dramatic history of Dunluce is matched by tales of a banshee and how the castle kitchens fell into the sea one stormy night in 1639.

Please respect COVID-19 related restrictions of hand sanitising, face coverings and social distancing. Note you may be required to queue at Dunluce, as the number of people allowed on site will be limited. Toilet facilities are open.

In line with government guidance, face coverings are mandatory if you are visiting any indoor/enclosed spaces so please ensure you bring one with you. Unless you are exempt, you must wear a face covering within site buildings.

Hand sanitising stations are available for your use at various locations throughout the site. Please use hand sanitiser on arrival.

Directions from Town:
On A2 approximately 3 miles East of Portrush on the road to Bushmills.