You are here: Things to Do > Royal Portrush Golf Club 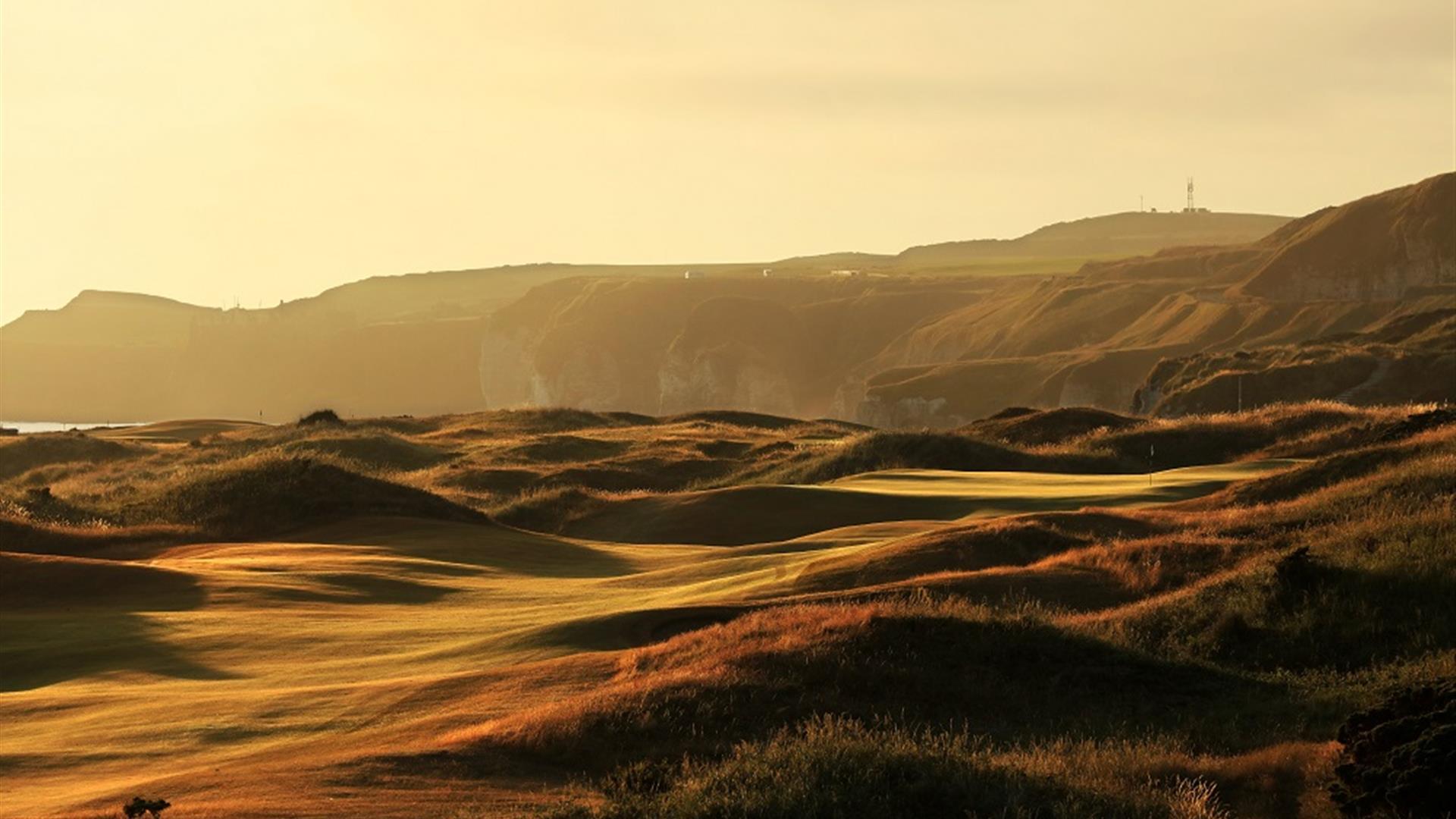 Founded in 1888, the legendary Royal Portrush Golf Club has two Championship Courses – the renowned Dunluce Course and the smaller but equally enjoyable Valley Course. Both command impressive views across the North Atlantic with breathtaking views of Scotland and Donegal but the golf is even more spectacular.

The Dunluce Course, re-designed in 1947 by Mr H.S. Colt and later in 1951, became host to the first ever Open Championship held in Ireland. During the entire tournament only two golfers managed to break 70. It’s easy to see why; the greens are scattered among huge sand dunes gently raised above the Antrim Coast providing vistas of sea, cliffs and islands. But no matter how appealing the view, attention must be paid to your game as Portrush can challenge even the most experienced of golfers. 2019 saw a monumental year for golf in Northern Ireland with the return of The Open to Northern Ireland for only the second time in history. The event had over 237,000 spectators attend.

Ahead of The 148th Open architect Martin Ebert added new seventh and eighth holes, fashioned from land on the club’s Valley Course, to replace its 17th and 18th holes. That means Calamity is now the 16th instead of the 14th as it was previously, and the old par-4 16th is
now the closing hole. However, Ebert did retain Colt’s famous greens, considered some of the best putting surfaces in the world. Portrush’s most celebrated holes are the fifth hole and the fourteenth. The fifth, ‘White Rock’ is one of the most exhilarating two–shots in golf. Over hit the second shot, and your ball disappears into the Atlantic! The aptly named, ‘Calamity’ requires total precision to carry the ball over an enormous ravine. Mis-hit this one and you could be taking your next swing from at least fifty feet below the hole. Is it any wonder that Golf World magazine regularly rates Portrush in the world’s top twenty golf courses?

Directions from Town:
2 miles from town centre on Bushmills Road.