You are here: Home > Things to Do > Giant's Causeway Tour from Belfast 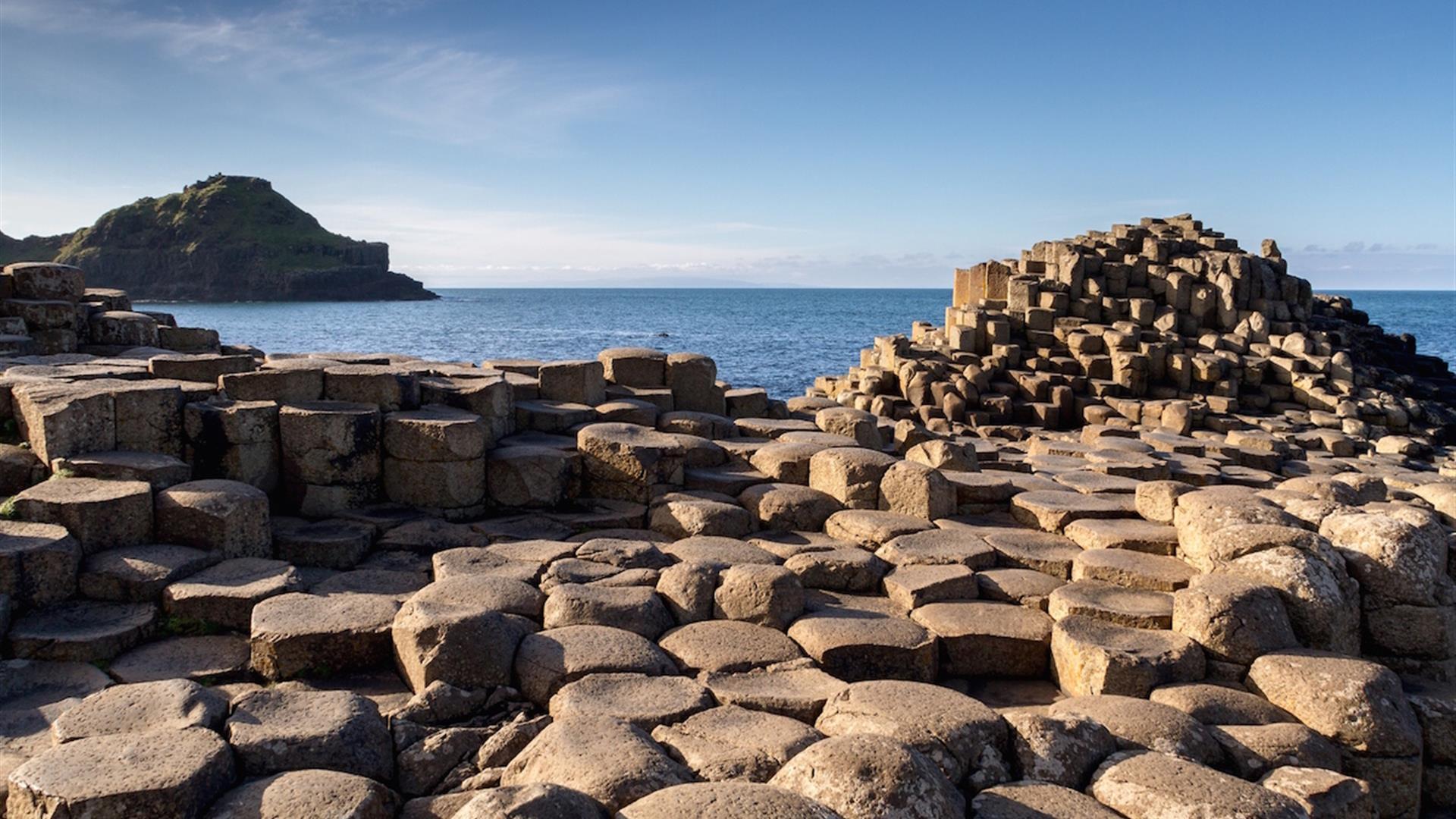 Giant’s Causeway - At Northern Ireland’s most popular visitor attraction you will experience the unforgettable sights, breathtaking hexagonal columns and awe-inspiring landscape of this must-see World Heritage Site, which is known as the “8th wonder of the world” and one of the most memorable stops on your Finn McCools tour.

We will see the Irish landscape at its most iconic: emerald green hills, stunning seascape and the unique stone columns that reach 40 feet into the air and form the Causeway itself. The causeway was created by a volcanic eruption and stretches all the way to Scotland from the shores of Northern Ireland making it one of the top places to see in Ireland.

Putting science to the side, local legend has it that the Causeway was created by an Irish giant - Finn McCool. This giant pulled the earth from the ground to create a pathway for his enemy Benandooner - a rival giant. Outwitted by McCool,
Benandonner fled back to Scotland, wrecking the earth as he went.

Carrick-a-Rede Rope Bridge - This extreme 30m deep, 20m wide chasm is where one can see the best views in the country - though certainly not for the faint hearted!

Its name comes from the Irish, "Carraig a' Raid,"meaning "rock of the casting”, and the bridge in its current form was constructed in the year 2000. However, it is believed that rope bridge has been used to reach the island for more than 350 years for fishermen to harvest salmon - in the 70s it consisted of just gaping slats with a handrail!

Please note crossing of the Bridge is optional and not included in the price of the tour. Dark Hedges - Enjoy a photo stop at the Dark hedges. This amazing location was used in the hit
HBO series “Game of thrones” for the scene where Arya Stark escapes. And is an amazing photo opportunity not to be missed.

Dunluce Castle - Dunluce Castle is one of the most beautiful in all of Ireland, and was constructed in the 13th Century by Richard Og de Burgh, 2nd Earl of Ulster.