You are here: Things to Do > Ballintoy Harbour 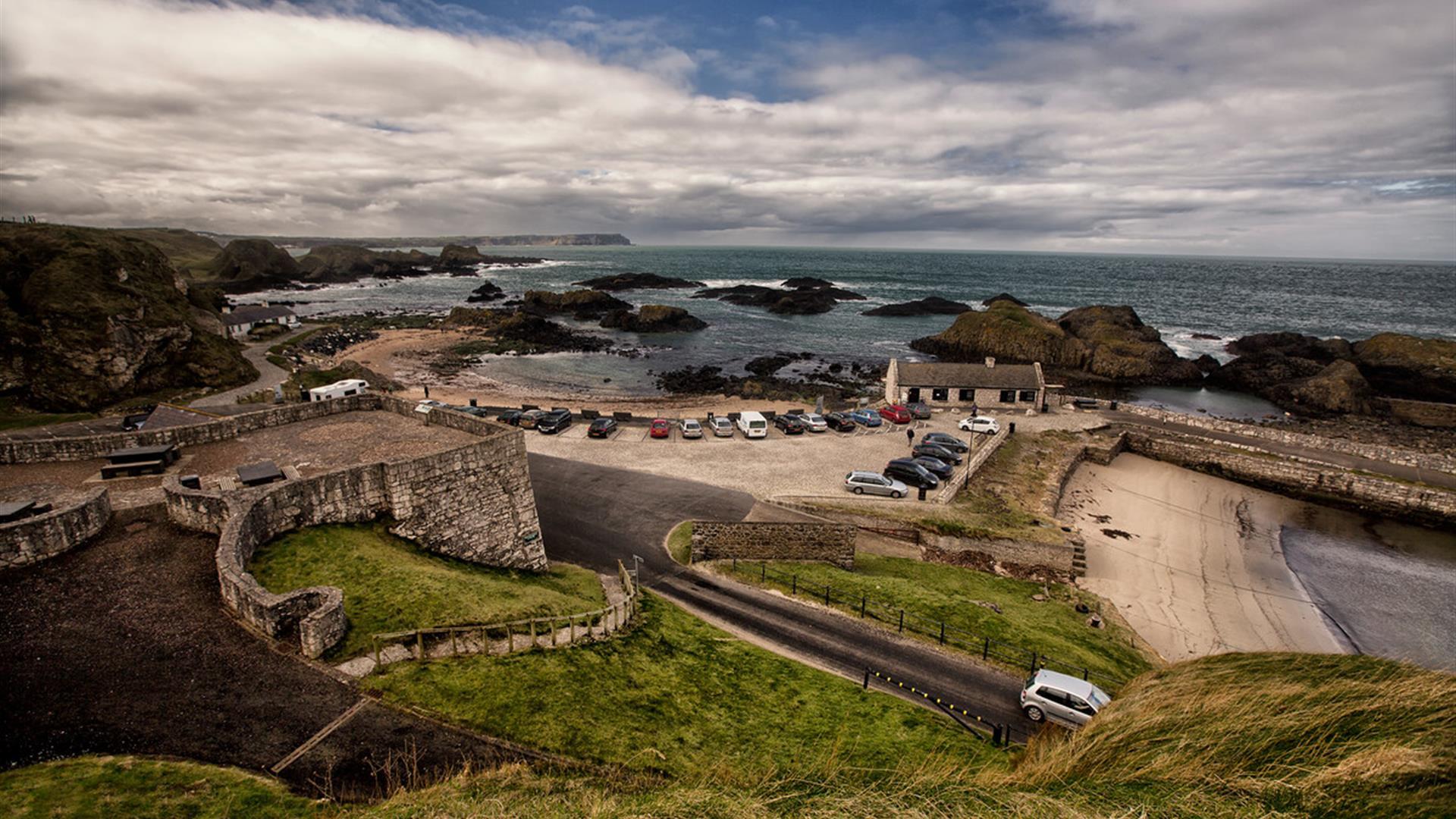 Ballintoy Harbour can be discovered in the picturesque village of Ballintoy. Known as a ‘raised beach’, it is located alongside the B15 coast road, 17 miles north-east of Coleraine and five miles west of Ballycastle. Accessed by a spectacular, steep winding road, it is a painter’s paradise with sea stacks, rocky islands, pools and busy harbour leading to one of Europe’s great cliff-top and wild beach walks. A lcar park and picnic facilities are available beside the harbour café.

The small fishing harbour can be found at the end of a small narrow steep road down Knocksaughey Hill, which passes by the entrance to Larrybane and Carrick-a-Rede Rope Bridge. The village itself, which is just one kilometre from the harbour, has a charming array of small shops, two churches, including the quaint white Ballintoy Parish Church on the hill above the harbour, as well as tourist accommodation, restaurants, commercial and social facilities.
For those looking to capture a true sense of Irish rural life, it is an ideal stop over whilst touring the coastal route.

It has been used as a filming location in HBO's epic series Game of Thrones. This stunning harbour location has been used for exterior Pyke shots and as the Iron Islands. Go to www.discovernorthernireland.com/gameofthrones to find out about other Game of Thrones Filming Locations in Northern Ireland.

Featured Scene: This picturesque coastal nook is where Theon Greyjoy arrives back in the Iron Islands and where he later admires his ship, the Sea Bitch. This is also where he first meets his sister Yara. Theon returns here in Season 2 Episode 2 and is baptised here in Season 2 Episode 3. Season 6 Episode 5 also features Euron’s drowning and rebirth, and the nearby beach played host to Melisandre’s burning of Stannis Baratheon’s bannerman