You are here: Home > Things to Do > Portballintrae to Giant's Causeway 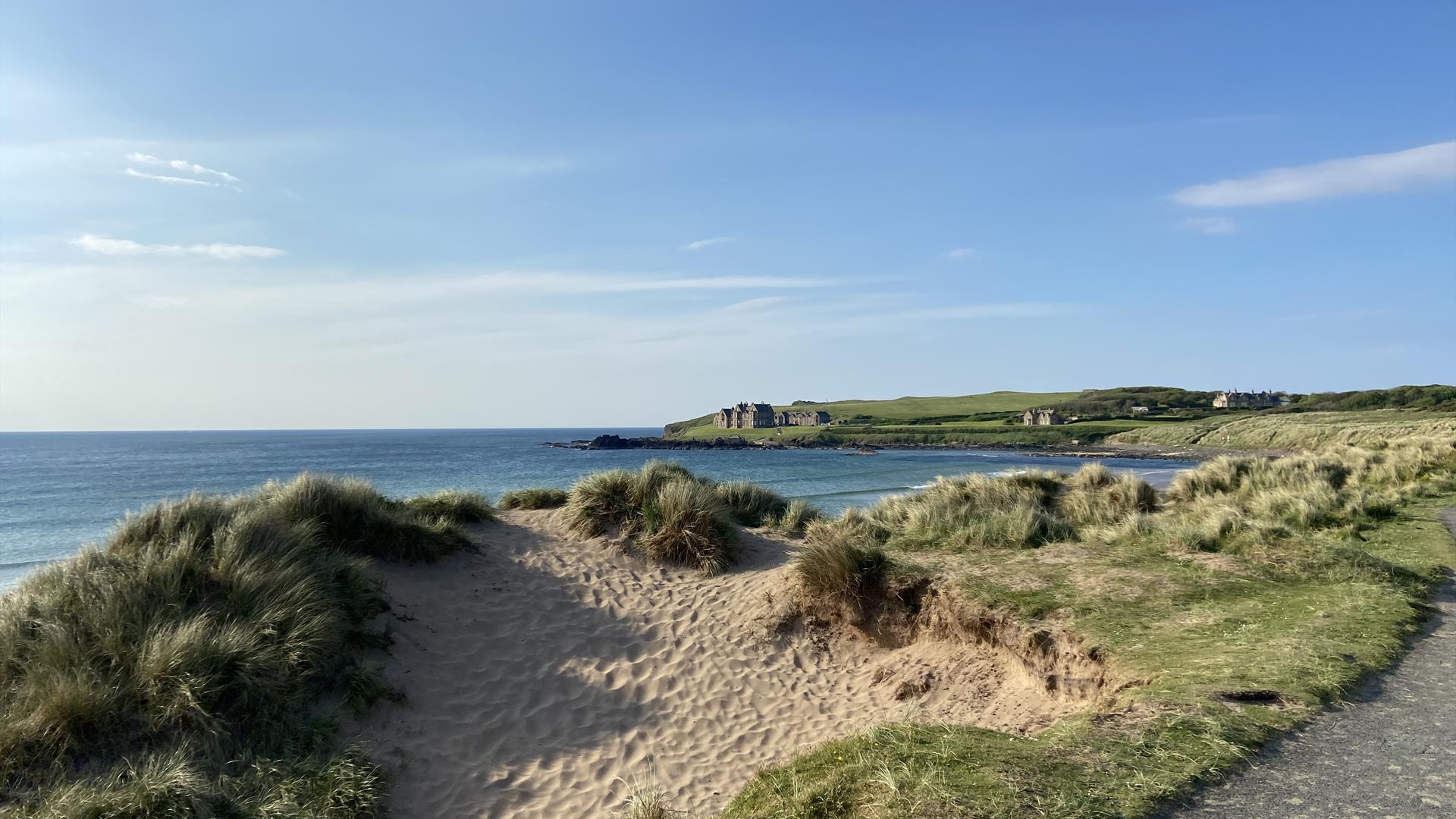 From the main seafront car park above Runkerry Beach, follow a gravel footpath downhill until reaching the footbridge, known locally as the ‘Threequarter Footbridge’, spanning the River Bush.

Having crossed the bridge, turn right onto a wooden boardwalk that traces the bank of the river. At a junction with a gravel path, turn left. You now pass through an extensive sand dune system, walking beside the track of the Giant’s Causeway and Bushmills Railway. Cross the tracks twice to reach a wooden gate, where you should turn left. Follow this path towards the beach, then veer right and descend across a footbridge at the end of the sand.

Continue between a slipway and the impressive building of Runkerry House, which dates from the early 1860s. The path now climbs onto the cliff tops, passing around the edge of Runkerry Head. From the top of the headland, there’s a great view east towards the Giant’s Causeway. Dip across a cove, then continue to an information sign detailing the walking trails around the Causeway. Continue around the headland, past the white building of the Causeway Hotel. Just beyond this you reach a flight of steps heading down to your left. It may not be obvious, but you are now on the grass-covered roof of the Giant’s Causeway visitor centre (charges apply). Visit the famous stones or return to the starting point along the railway path.

Giants Causeway - The Giant’s Causeway is Ireland’s only natural World Heritage site. Some 40,000 hexagonal columns were created here during a period of intense volcanic activity some 60 million years ago.

Runkerry House - Runkerry House, a beautiful sandstone listed building constructed in the early 1860s, was once part of the Macnaghten estates. Having been used as a family residence by members of the Macnaghten family, the house was donated to the NI Government in 1951 for public use. Later uses included retirement home, residential activity centre and rehabilitation unit. Following a sale to a private developer and extensive refurbishment, the building now accommodates private luxury apartments. 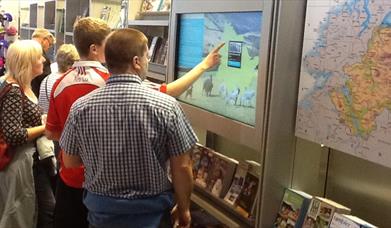 Giant's Causeway Visitor Information Centre, BushmillsLocated within the Giant’s Causeway Visitor Centre an enthusiastic team of staff is on hand to offer practical help, advice and assistance to both local residents and visitors to Northern Ireland. 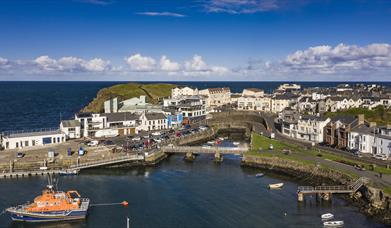 Portrush to Bushmills Walk, Northern IrelandA moderate walk along the spectacular Causeway Coast from Portrush via Portballintrae to Bushmills, taking in beach, river, cliff and castle.