You are here: Home > Things to Do > Joey and Robert Dunlop Memorial Gardens 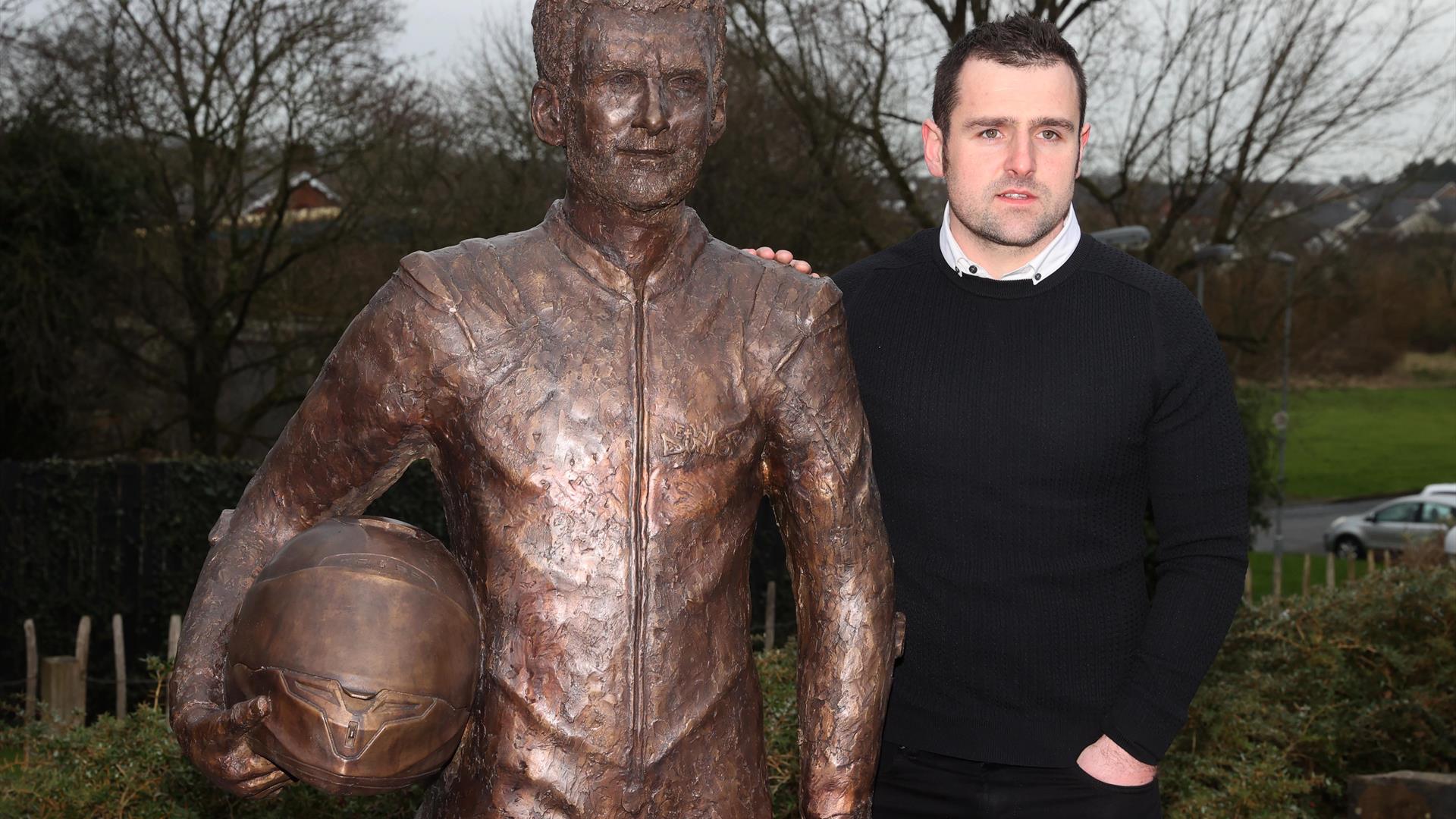 Joey Dunlop, born in Ballymoney in 1952, was affectionately known to motorcycle racing fans and competitors alike as, 'King of the Roads' .

His incredible sporting career included five Formula One World Championships; 13 wins at the North West 200; 24 wins at the Ulster Grand Prix and a world record of 26 wins at the Isle of Man Tourist Trophy. His sporting achievements were recognised by Her Majesty the Queen when he was awarded an MBE in 1986. Ten years later he was presented with an OBE for his remarkable humanitarian work with children in Eastern Europe.

Tragically Joey lost his life whilst racing in Estonia on 2nd July 2000. It is estimated that 60,000 people from across the world came to Ballymoney to attend his funeral. In May 2001 Ballymoney Borough Council officially opened the Joey Dunlop Memorial Garden.

Joey's brother, Robert Dunlop was 19 years old when he made his debut at the Temple 100. He was soon winning races, at the North West 200, Ulster Grand Prix and Isle of Man TT and riding everything from 125cc to superbike. By 1991, he had won Ulster, Irish and British Championships including five wins at the Isle of Man, 15 at the North West 200 and nine at the Ulster Grand Prix. In addition, he won Grands Prix in Indonesia and Macau.

Robert Dunlop was tragically killed on 15 May 2008, during a qualifying session for the 250cc race at the North West 200. His son Michael insisted on riding in the same race only two days later. In one of the most memorable and emotional moments in Irish sporting history, Michael won the race "I had to do it for him - I hope my dad's proud of me."

The Robert Dunlop Memorial Garden was opened by Ballymoney Borough Council on 8 May 2010 and adjoins the Memorial Garden honouring his brother Joey. It features a polished granite obelisk and a bronze sculpture of Robert.

Ten years after the death of Robert Dunlop the unthinkable happened.  Robert’s eldest son, William Dunlop, was tragically killed on 7th July 2018 at the Skerries 100 Road Races near Dublin. He was 32 years old.

William had entered competitive racing at 15 years of age and had a natural talent. An immensely likeable rider on the Irish scene and in the Isle of Man, his 119 road race wins included four at the North West 200 and seven at the Ulster Grand Prix.

In February 2022 a life-size statue of William Dunlop was unveiled in the Dunlop Memorial Gardens.  It is positioned close to that of his father.

In this beautiful setting visitors have time to reflect on the unprecedented achievements of these much loved international motorcycling legends.

* All year round, always open.

Directions from Town:On approach to Ballymoney follow the clearly marked brown tourist signs from the A26 Frosses Road. The Garden is situated on the corner of Castle Street and Seymour Street.