You are here: Home > Things to Do > Magilligan Martello Tower 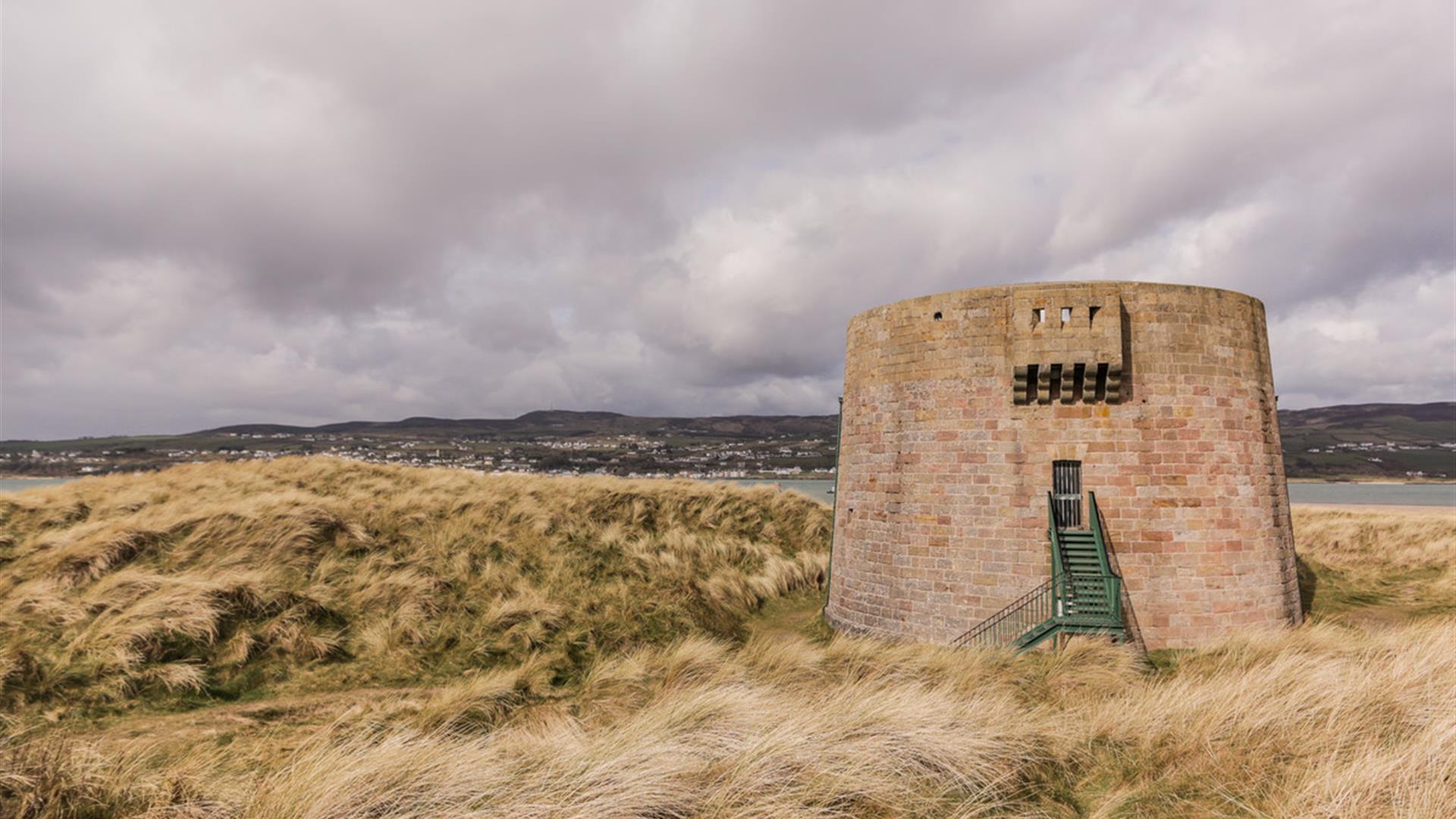 This well preserved Martello Tower at Magilligan Point, built between 1812 and 1817 during the Napoleonic Wars to guard against possible invasion, is an important historical site in Northern Ireland.

The Tower is a well known landmark, marks the entrance to Lough Foyle and is one of the most northerly of the towers built all around the coasts of Ireland.

It was one of 74 constructed in Ireland, 40 or so survive. They were placed at strategic points all around the coast and designed to fire on any invading fleet or withstand lengthy sieges. This tower marks the end of a long tradition in Ireland of defensive buildings stretching back over 3,000 years to Bronze Age forts.

The walls are over 9ft thick and built of imported stone. There are three floors. The top floor housed a twenty-four pound cannon gun able to swivel and shoot in any direction. A small furnace was used to heat the shot in order to set wooden ships on fire. The middle floor was the living quarters for one officer and twelve men. Below is the cellar. This is reached by a spiral staircase. There is a water well and storage rooms for gunpowder and food. The entrance to the tower has been changed. An iron staircase now replaces the original wooden ladder.

Living History events take place here at the Tower during the summer months.

Martello Tower lies within Magilligan Point Nature Reserve which is the tip of Northern Ireland’s largest sand dune system. The ever changing tides and storm events constantly change the profile of the beach, dunes and shape of the ‘Point’ itself. The mature or ‘grey dunes’ have established populations of various mosses, lichens, grasses, herbs and higher flowering plants providing a good nectar source for a variety of bee, butterfly and moth species. The rare Scarce Crimson and Gold moth, which is only found on the North Coast, has been recorded here.

Directions from Town:
Off A2 at Magilligan Point. Take B202 from A2, the Limavady to Coleraine Coastal Route. Tower is approx 16km north of Limavady. Drive past the ferry terminal and Martello Tower appears on your left hand side. Parking available.