You are here: Home > Things to Do > Bovevagh Old Church and Mortuary House 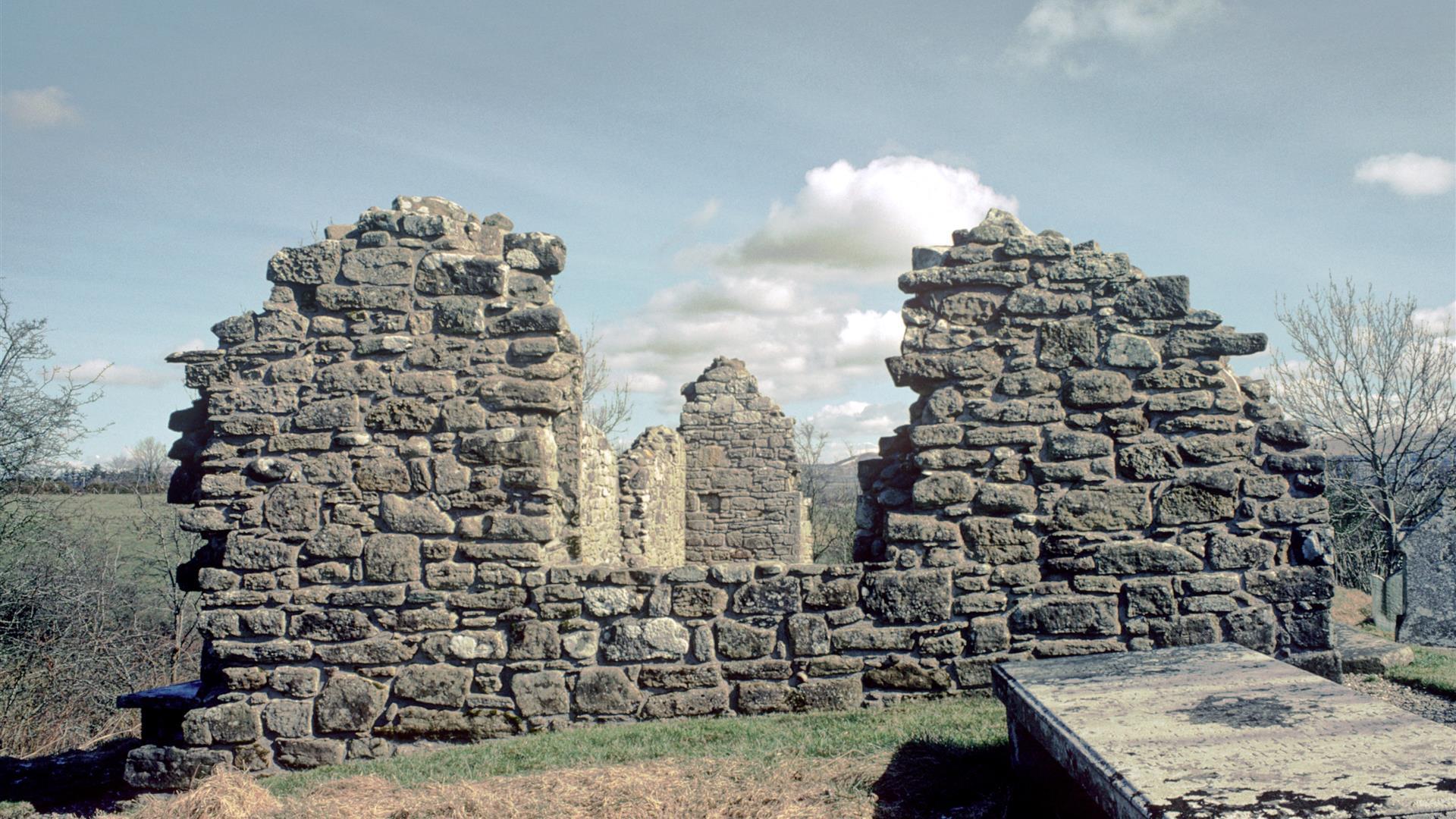 Bovevagh parish church was established in the late Middle Ages on the site of an early monastery, said to have been founded by Colm Cille in 557. Adamnan, Coolm Cille's biographer was reputedly patron here and the monastery was the home of SS. Ringan and Aidan, son of Fintan. There was briefly a timber church (dertech) on the site in the 11th century. The oratory was burned in 1100. There were erenaghs until the early 17th century. The parish church was in use up to the 19th century. Like Banagher, there is a mortuary house, built to house the remains of a saint. Of rubble construction with a stone-slab roof, it is in a somewhat decayed state.

The old church at Bovevagh is situated on a promontory above the Bovevagh River. The name is derived from "Both Maeve" meaning "The Church of Maeve". The earliest reference to a church being here was recorded in 1100 AD when a wooden church was burned. The medieval church we see today was in use over a long period. Locally it is believed the mortuary house is the tomb shrine of St Ringan

* All year round.
From Dungiven head north on Drumlane Rd. Then after 2.7 miles turn left onto Bovevagh Rd. The site is hidden in the trees 0.9 miles down here on your right.

Directions from Town:
Take the B192 for 3 miles north-north-west of Dungiven. Turn west of the main road. The site is near the village of Burnfoot, signposted.