You are here: Home > Things to Do > Picture This: Burnfoot

Welcome to the village of Burnfoot, nestled between the River Roe and the Bovevagh River, surrounded by undulating fertile, agricultural land.

The riverside walk is a haven for wildlife, and otters can often be seen by the riverbank. The village’s built heritage includes Bovevagh Old Church, established in the late Middle Ages, on the site of an early monastery and said to have been founded by Colmcille in 557.

Nearby (4Km) is the town of Dungiven, gateway to the Glenshane and the North Sperrins. Dominated by the peak of Benbradagh and site of a former US Army Signal Base (1967-77), Dungiven lies at the southern end of the North Sperrins Way, a walking trail that follows an upland route to the coast, towards Binevenagh and ending in Castlerock.

Located within the grounds of Dungiven Castle Park is a musical harp sculpture, marking a connection to ‘The Londonderry Air’ and forming part of the Limavady Myths & Legends Sculpture Trail.

The what3words key to enter to find the frame at Burnfoot is:
///window.dividers.gears 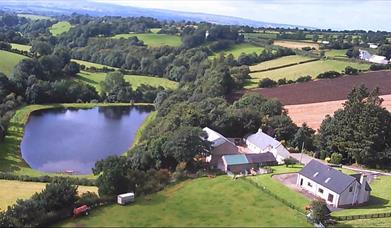 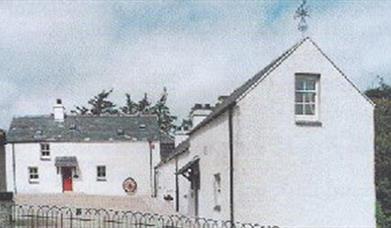 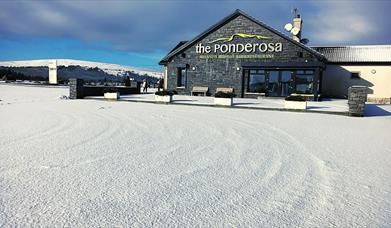 The Ponderosa Bar and Restaurant, DungivenNestled atop of the Sperrin Mountains, The Ponderosa and it’s surrounding area has a little Irish magic about it and is an idyllic spot to stop off and enjoy some fantastic traditional Irish food, drink, music & craic! 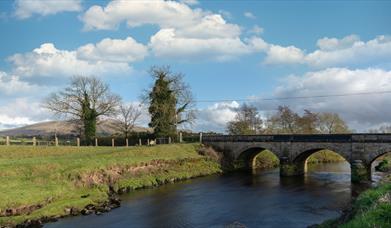 Burnfoot, Northern IrelandA short walk along the River Roe, Bovevagh and Gelvin Rivers from the village of Burnfoot through farmland and surrounded by the distinctive peaks of the Roe Valley of Benbradagh, Donald's Hill and Binevenagh.