You are here: Home > Things to Do > Knockoneill Court Tomb 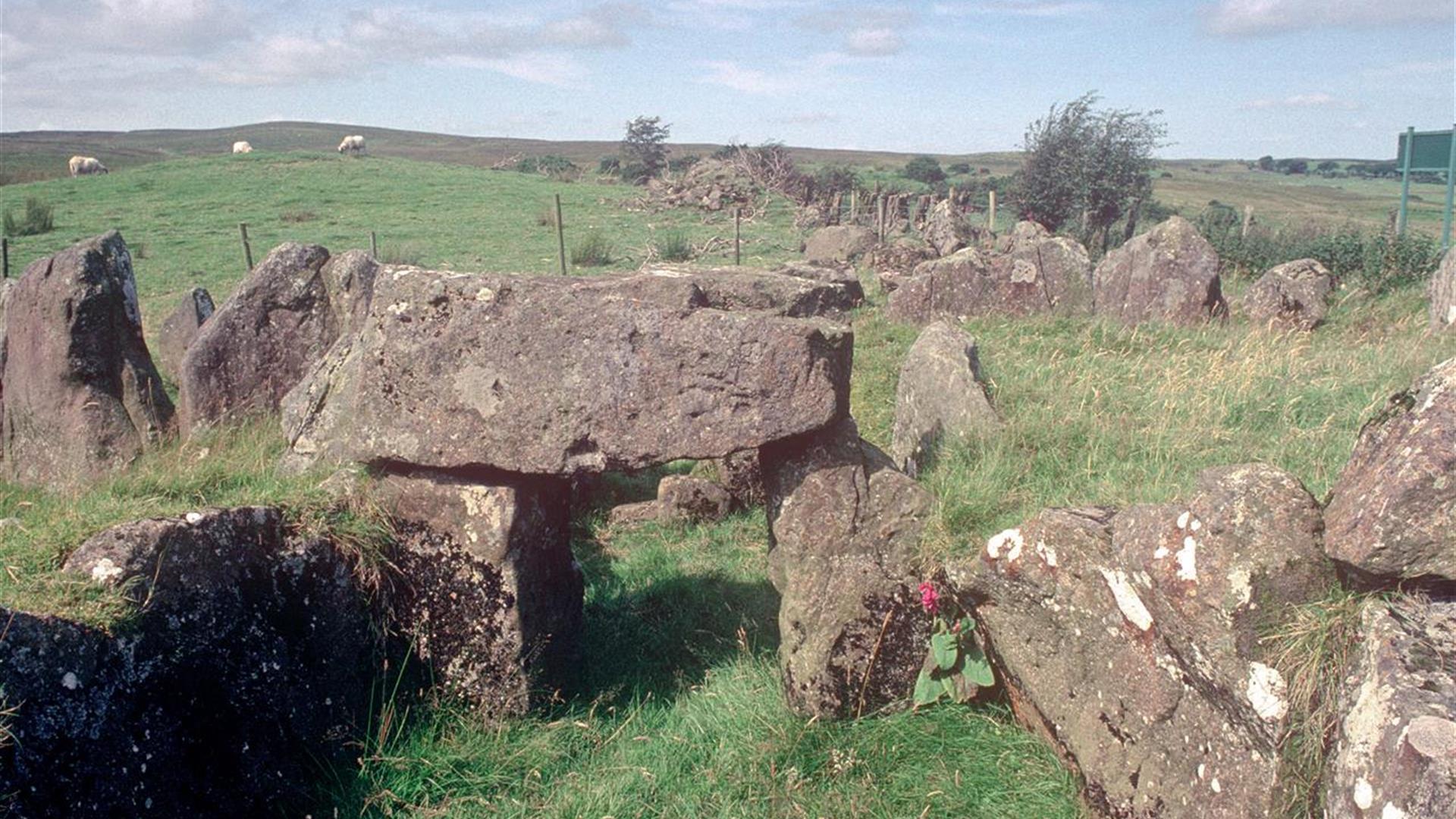 A megalithic tomb, dating to the Neolitic or New Stone Age (2000-4000) is found in Knockoneill. It gets its name from the semi-circular forecourt of upright stones that lead to a gallery. In most cases the dead would have been cremated and their remains placed in the gallery together with some belongings and food for their journey to the after-life. This gallery consists of two chambers. It is known locally as the "Giant's Grave" a common name applied to such monuments.

Excavations at the site in 1948, 1977, and more recently in 1984 produced charred bones and an urn dating to the Bronze Age located to the south of the tomb and in the forecourt respectively. The majority of court tombs are found in the north of the island of Ireland with the majority of those with subsidiary chambers found in mid Ulster and north Connacht. Seven court tombs are located in County Londonderry.

Interpretive materials are available on site.


This site is in the care of the Department for Communities 'Historic Environment Division' .

* Open all year round

The site is located approximately 4 kilometres from Swatragh. From Maghera take the A29 North to Swatragh. At Swatragh turn left onto the Drumbane Road. Take the third left road (signposted Knockoneill Road). The tomb is located across a field off this road.