You are here: Home > Things to Do > Cregagh Wood 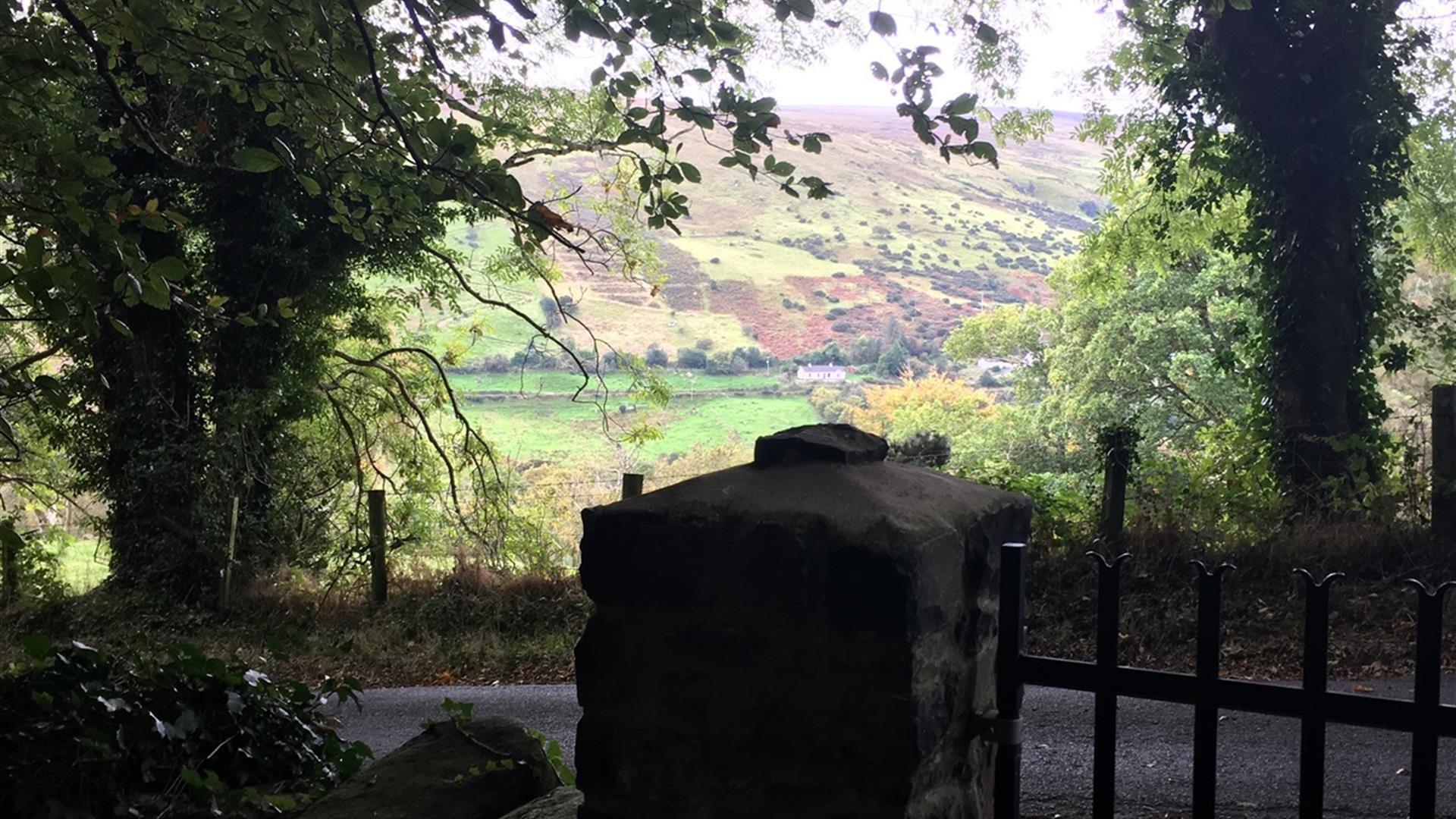 Park at the Church and follow the Glendun Road west for 300m to the entrance of Cregagh Wood. The Wood is in private ownership and is managed by the Causeway Coast and Glens Borough Council as a Local Nature Reserve. The pathway through the wood is steep and soft under foot so strong solid footwear and waterproof clothing is recommended.

Red Squirrels - The red squirrel is believed to have been present in Ireland since  the end of the last Ice Age. During the 1700s it is thought to have  become extinct in Ireland. But this may not have been the case  as there may have been small isolated pockets in the same way this is today. Whether this was due to disease, hunting or loss of habitat is not known. During the early 1800s, red squirrels were reintroduced to Ireland from Britain and by the early 1900s were present in all counties in Ireland, both north and south. The population continued to increase for a short time, then began to decline rapidly across the British Isles.

Cregagh Wood, Local Nature Reserve (LNR) -  The name ‘Cregagh’ comes from the indigenous Gaelic, ‘Creagach’ meaning craggy, rocky and barren which gives us a good picture of the land before it was enclosed and planted in the mid 1800’s. Cregagh Wood, often referred to as ‘The Plantation’, is an area of 71 acres of mixed hardwood, predominantly Beech but with Lime, Horse Chestnut and other non-native trees. At one stage the land belonged to the Bishops of Connor but by the mid 1800’s it had been acquired by the White family, landlords in the area, reputedly for the purpose of shooting woodcock (Scolopax rusticola). Over the past 180 years this planting has matured and developed into one of the largest deciduous woodlands in The Glens of Antrim.

Biodiversity - The wood has become a haven for local wildlife with Red Squirrel (Sciurus vulgaris), Badger (Meles meles), Pigmy Shrew (Sorex minitus) and the elusive Pine Martin (Martes martes) resident. Woodcock still occasionally use the site, while the locally rare Wood Warbler (Phylloscopus sibilatrix) has bred here for many years. More recently Great Spotted Woodpecker (Dendrocopos major) have been observed within the wood. In Spring and early Summer the woodland floor is adorned with native bluebells (Hyacinthoides non-scripta), Wood Sorrel (Oxalis acetosella) and other wildflowers, which in turn attract a myriad of pollinating insects. Cregagh Wood was declared a Local Nature Reserve in 2015.

Mass Rock - On your way to the wood, you will pass The Mass Rock (Gaelic, Carraig Aifrinn). Local folklore tells that The Altar Stone, which contains an engraving of Christ and an Angel, was brought to Glendun from a chapel on The Mull of Kintyre, Scotland in the 1760’s. This story finds some support in science for the altar is made of Igneous Dalriadian Rock, only found in Argyll