You are here: Things to Do > Ardclinis Church 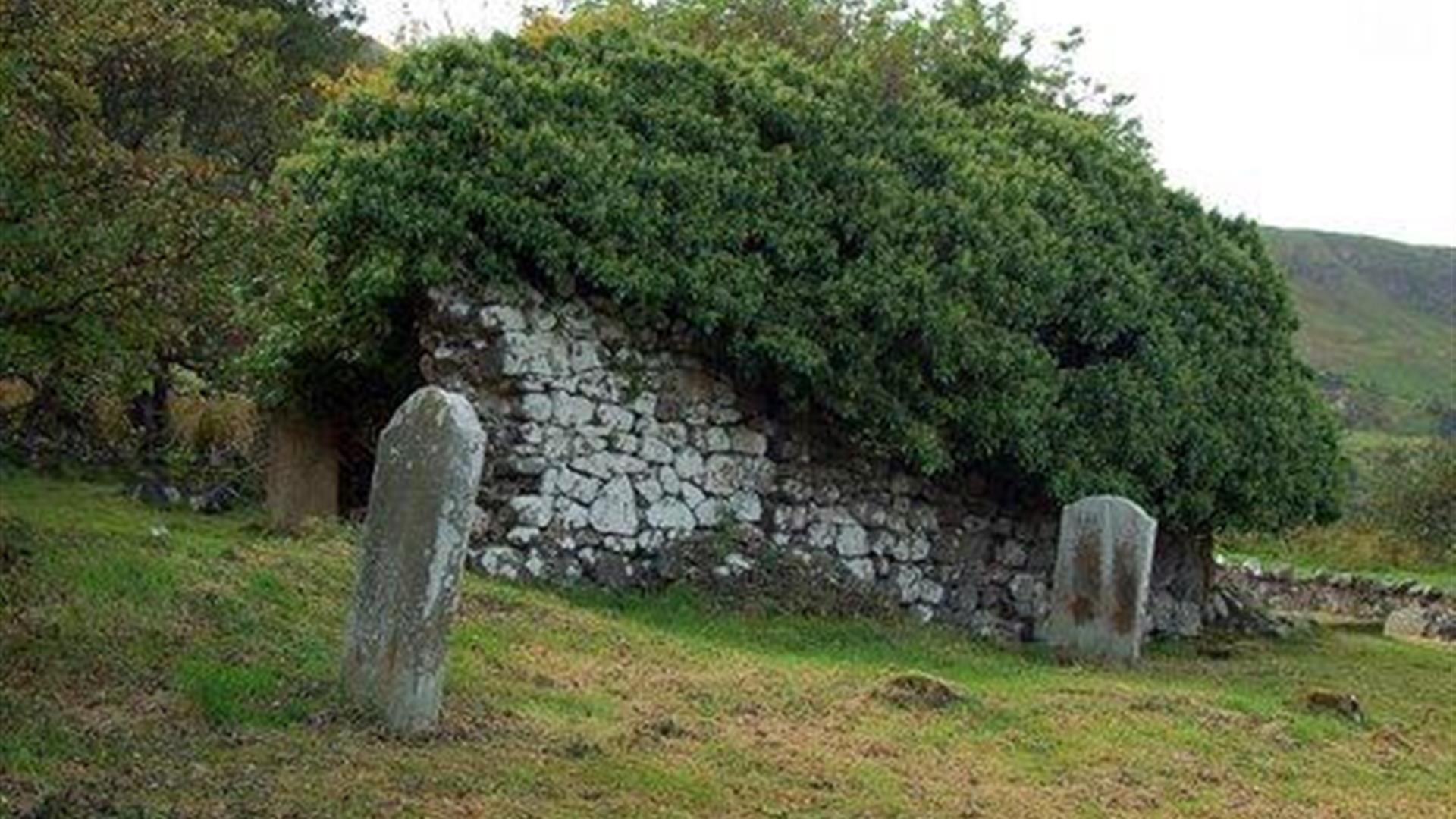 Legend, history and beautiful surroundings
The ruins of Ardclinis Church and Graveyard occupy a beautiful setting overlooking Red Bay in the townland and civil parish of Ardclinis. Situated on the green slope between the basalt escarpment and the shore, this beautiful walled burial ground and church stand in a field above the coast road from Carnlough to Waterfoot, beside a small stream which flows into the sea.
The first church on this site may date back to the early Christian period. We know that “Ecclesia de Ardglanys” was valued at twenty shillings in the ecclesiastical taxation of 1306-1307, but other than that, its history is obscure. Local tradition associates the church with St Mac Nissi, the patron of the Dioceses of Down and Connor, who is said to be buried here. Another tradition links its founding to St MacKenna. In days past, there were several large stones by the roadside, known as MacKenna’s chair. These were reputed to have been blessed by this saint, so that any weary traveller resting on them would arise refreshed, ready for their onward journey.
The site is a Scheduled Monument, meaning it has been given statutory protection under Article 3 of the Historic Monuments and Archaeological Objects (NI) Order 1995. The scheduled area is the Church and graveyard and the field in which they are situated. The western portion of the field to the east is also scheduled to include the eastern part of an earlier earthen enclosure likely to be associated with the Early Christian phase of the site. Under the provisions of the Order, conducting damaging activities at a Scheduled Monument without Scheduled Monument Consent is an offence and may lead to prosecution.

Directions from Town:
A2